You can find on this page the Sydney bike map to print and to download in PDF. The Sydney bicycle map presents the bike routes and lanes of Sydney in Australia.
Whether you want to cruise around the harbour foreshore, bike through lush parklands, tackle a challenging mountain bike trail or join a bike tour, there are plenty of ways to explore the city on two wheels as its shown in Sydney bike map. 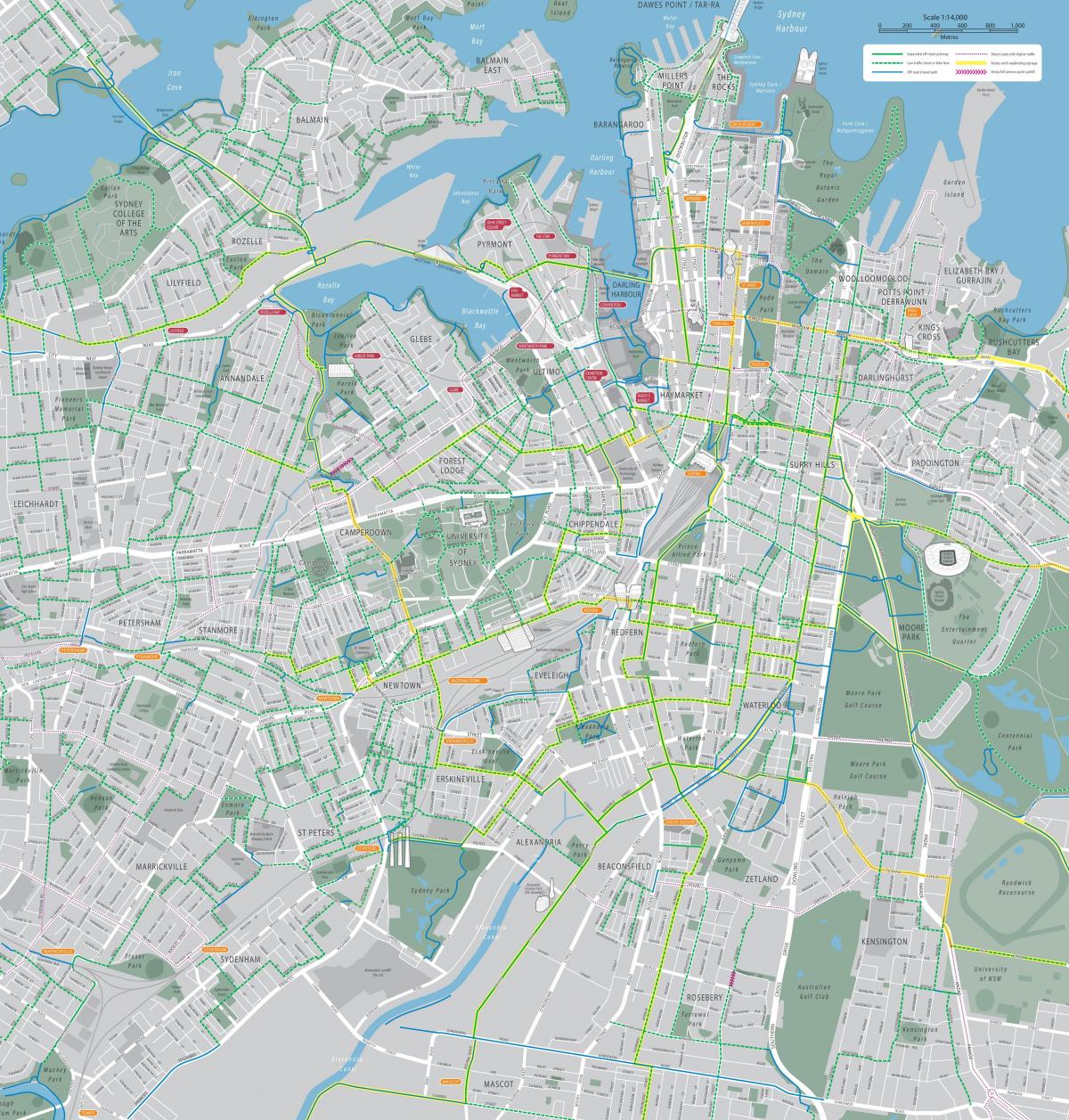 Thanks to its many bikeways, bike lanes and shared paths, Sydney is a bike-friendly city. You will find a variety of places to hire a bike throughout Sydney and its suburbs, with plenty of great biking routes, from coastal cycleways to inner-city bike paths, waiting to be discovered as its mentioned in Sydney bike lane map.

Ride sunrise to sunset in Sydney stunning Centennial Parklands. Enjoy a leisurely 3.5km pavement ride among the trees and surrounding lakes circling Grand Drive. Bike away from the hustle and bustle of Sydney busiest roads and clock up your kilometres of bike lanes on the 18km track from Parramatta to Olympic Park. This shared biking lane is perfectly designed for all ages and riding abilities, so it is the ideal excuse for a family funday. Plus it is perfect practice for the 18km River Ride as you can see in Sydney bike lane map.

Many people associate biking in Sydney with dodging cars, battling road rage and navigating their way through complicated tangles of main roads and side streets as you can see in Sydney bike lane map. But there are oodles of dedicated (and more serene) bike lanes to explore, passing through expansive parks, around tranquil lagoons and alongside stunning beaches.