You can find on this page the Sydney zipcodes map to print and to download in PDF. The Sydney zip code map presents postal codes, address lookup and code list of Sydney in Australia.
In Australia they are called “postcodes” not zip codes. And postcodes are generally allocated to individual suburbs such as Sydney (see Sydney postcodes map). 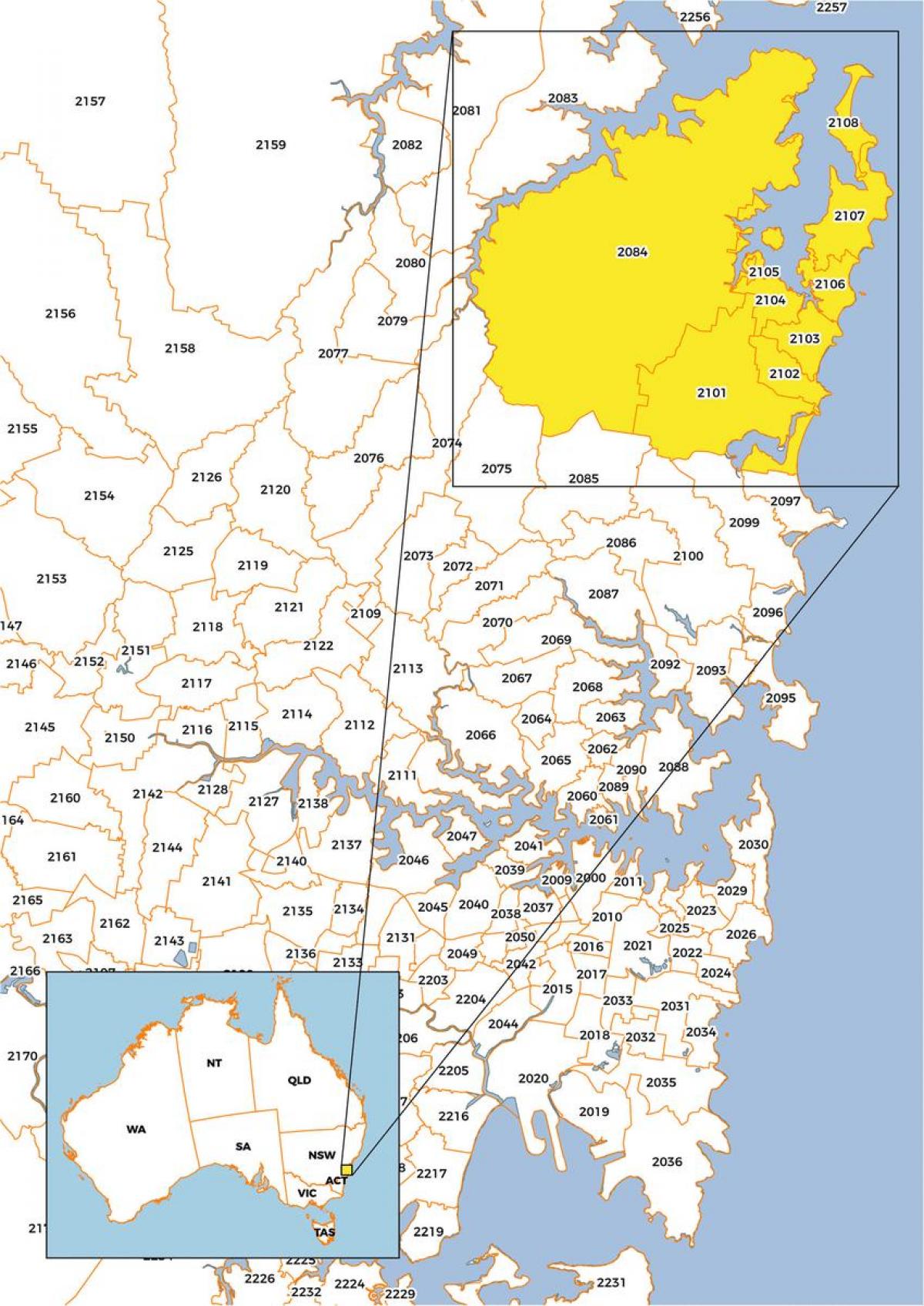 Sydney postcode is written at the end of the address of the destination. The correct order is to put first the city and just after the postcode, such as: Sydney NSW 2000 as its mentioned in Sydney postcodes map. The four-digit code is used for sorting and delivery of letters and parcels. Usually, on the envelopes in the lower right corner there are four orange rectangles where to write the postcode. This model was added in 1990 with the aim of increasing the rate of reading of the postcode.