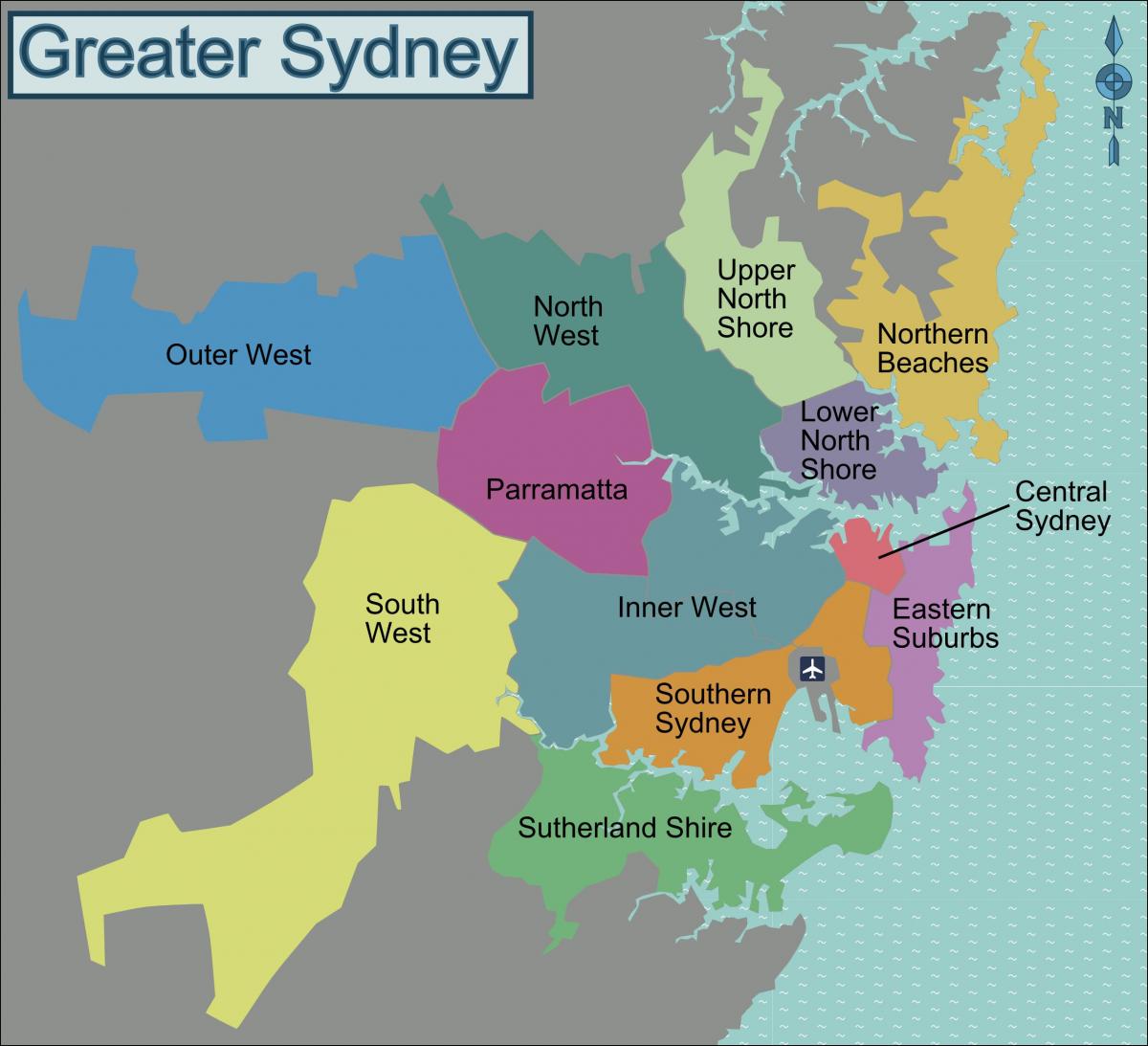 The Sydney neighborhoods map shows region and suburbs of Sydney areas. This neighborhood map of Sydney will allow you to discover quarters and surrounding area of Sydney in Australia. The Sydney quarters map is downloadable in PDF, printable and free.

Darling Harbour is the best neighborhood in Sydney for families since there are a lot of kid-friendly attractions nearby as you can see in Sydney neighborhoods map. Coogee also has a very family-friendly vibe. It is home to a beach but without all the business and partying of Bondi. While Kings Cross is home to most of the city cheapest hostels and is popular with backpackers and budget travelers.

Inner eastern neighbourhoods such as Potts Point, Darlinghurst and Surry Hills provide a diverse range of shops for the culturally creative and alternative lifestyle groups that live there, whilst other inner eastern areas like Paddington and Woollahra are home to boutiques selling more niche products as its shown in Sydney neighborhoods map. Inner western neighborhoods like Newtown and Glebe cater more towards students and alternative lifestyles. Double Bay in Sydney harbourside eastern suburbs is un upmarket area known for its expensive boutiques. 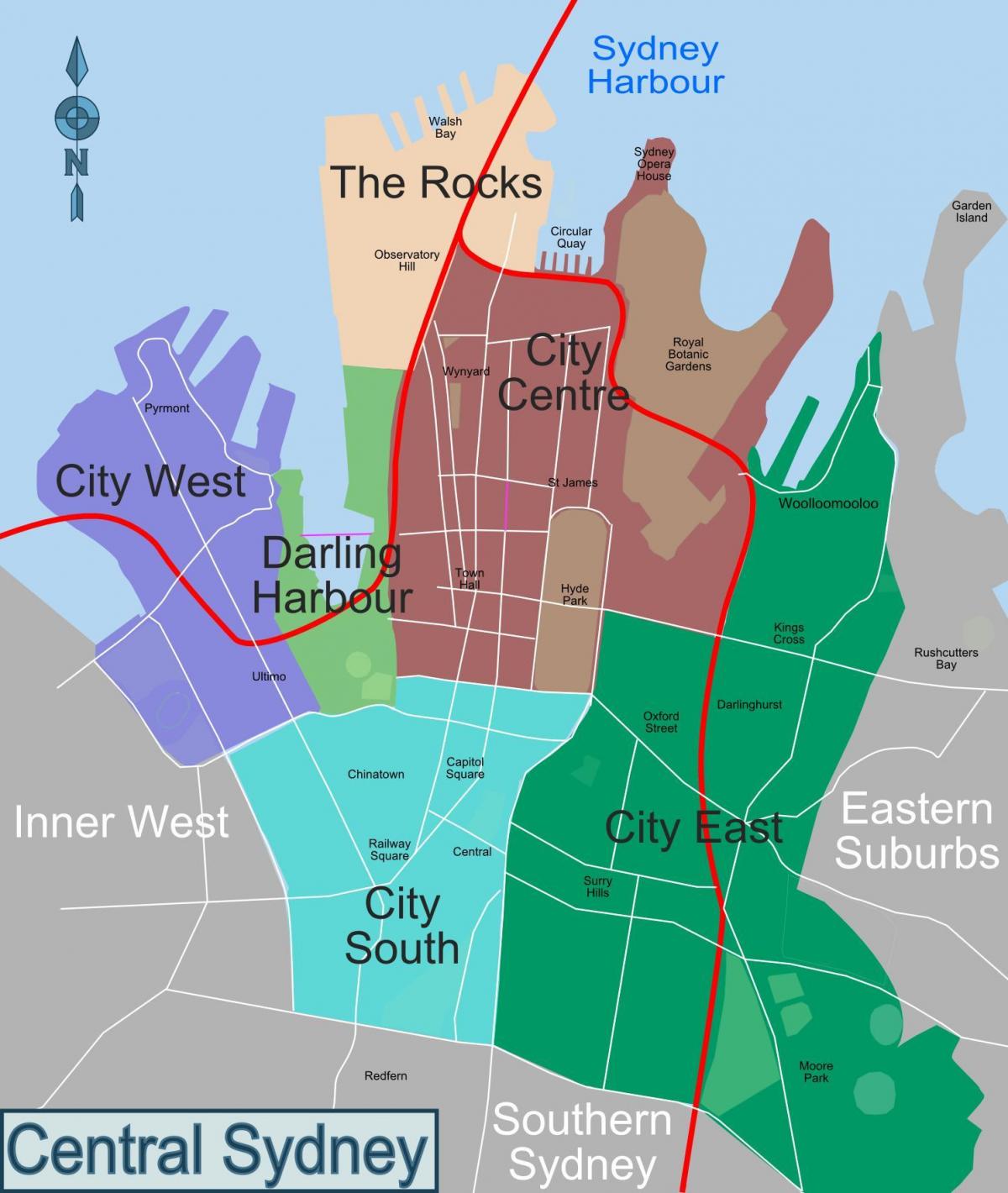 The extensive area covered by urban Sydney is formally divided into 649 suburbs (for addressing and postal purposes), and administered as 40 local government areas. The City of Sydney includes the central business area or CBD district and some adjoining inner suburbs, and has in recent years been expanded through amalgamation with adjoining local government areas, such as South Sydney as its shown in Sydney districts map.

Although the CBD dominated the city business and cultural life in the early days, other business/cultural districts have developed in a radial pattern since World War II as its mentioned in Sydney districts map. Together with the commercial district of North Sydney, joined to the CBD by the Harbour Bridge, the most significant outer business districts are Parramatta in the central-west, Penrith in the west, Bondi Junction in the east, Liverpool in the southwest, Chatswood to the north, and Hurstville to the south.